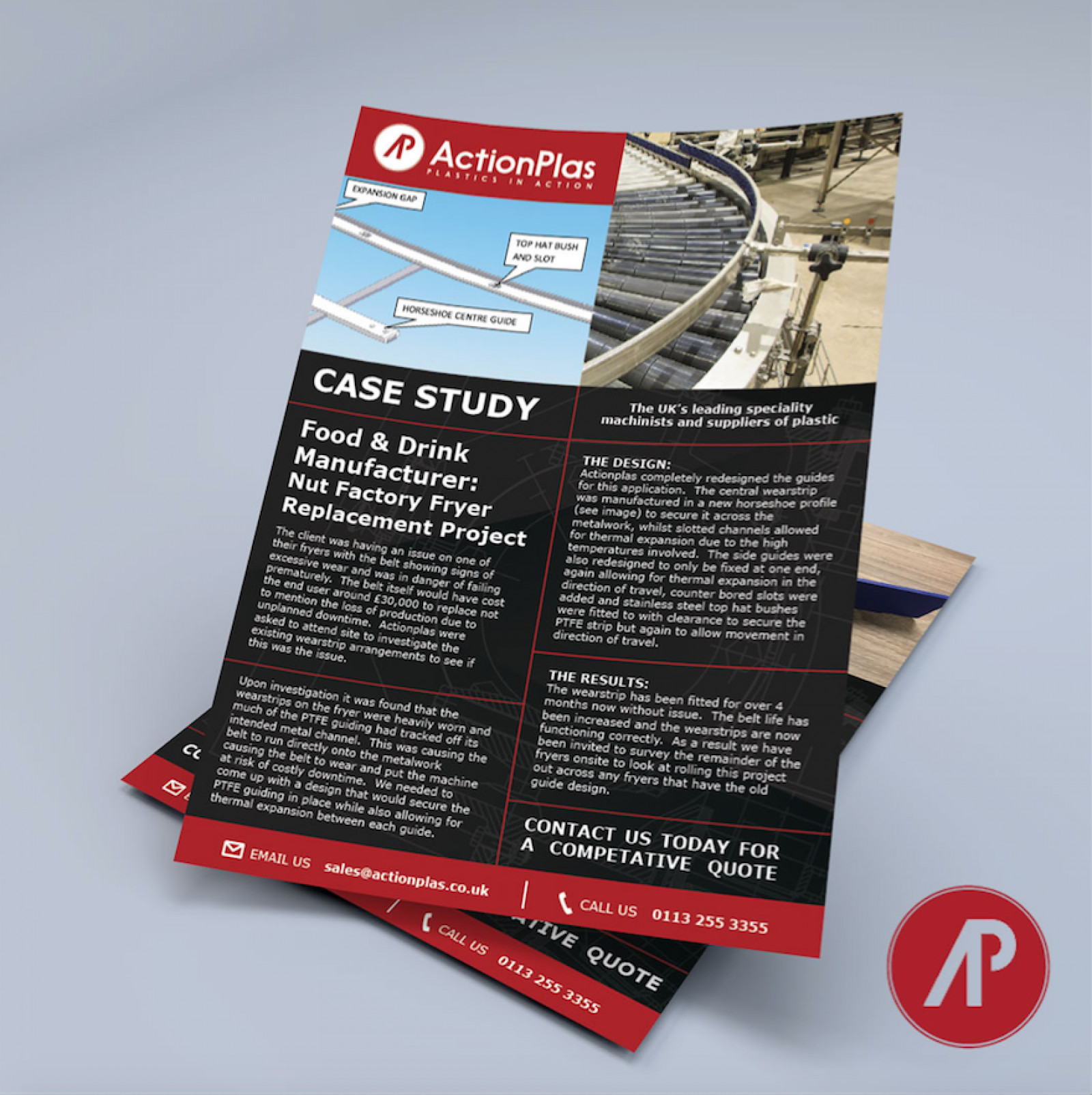 The client was having an issue on one of their fryers with the belt showing signs of excessive wear and was in danger of failing prematurely. The belt itself would have cost the end user around £30,000 to replace not to mention the loss of production due to unplanned downtime. Actionplas were asked to attend site to investigate the existing wearstrip arrangements to see if this was the issue.

Upon investigation it was found that the wearstrips on the fryer were heavily worn and much of the PTFE guiding had tracked off its intended metal channel. This was causing the belt to run directly onto the metalwork causing the belt to wear and put the machine at risk of costly downtime. We needed to come up with a design that would secure the PTFE guiding in place while also allowing for thermal expansion between each guide.

Actionplas completely redesigned the guides for this application. The central wearstrip was manufactured in a new horseshoe profile (see image) to secure it across the metalwork, whilst slotted channels allowed for thermal expansion due to the high temperatures involved. The side guides were also redesigned to only be fixed at one end, again allowing for thermal expansion in the direction of travel, counter bored slots were added and stainless steel top hat bushes were fitted to with clearance to secure the PTFE strip but again to allow movement in direction of travel.

The wearstrip has been fitted for over 4 months now without issue. The belt life has been increased and the wearstrips are now functioning correctly. As a result we have been invited to survey the remainder of the fryers onsite to look at rolling this project out across any fryers that have the old guide design.